Hyena Road is centered around the Canadian Forces deployed in Kandahar Province, Afghanistan. The Forces are encountering resistance from insurgents as they construct “Hyena Road” deep into Taliban territory. Warrant Officer Ryan Sanders, the leader of a rifle squad, finds himself under heavy fire while on sentry duty on the road. After their assigned evacuation vehicles are unable to reach their location, the squad moves on foot and reaches a Pashtun village. There are harbored by a tribal elder in his home, who also sends the Taliban away after they attack the village with rockets while searching for the Canadians. Sanders and his squad evacuate the area and return to base, where his secret lover Captain Jennifer Bowman, a communications officer, is also stationed. Meanwhile, Captain Pete Mitchell, an intelligence officer, carries out normal duties as the road is constructed, with little help from the Canadian’s Afghani allies. When he hears Sanders’ story of the Afghani elder, he decides to search for the man as a potential ally. He is helped in his search by a local asset assisting against the Taliban, called The Cleaner. While a search of the village yields nothing, Sanders’ is able to remember that the elder has eyes of two different colors, with one being brown and the other blue. Mitchell is immediately able to identify the man as “the Ghost”, formerly a fighter against the Soviets who gained his nickname for disappearing every-time he was injured, since his comrades would take him across the mountains into Pakistan, out of the range of the Soviets. Mitchell eventually arranges a meeting with the Ghost, but he refuses to accept money as a deal for his help, stating that he is now an old man and his days of combat are behind him. Meanwhile, the Canadians Afghani Allies, BDK and his son, Karim, are double-crossing them and receiving bribes from the Taliban. Sanders’ squad sees this firsthand while observing the Ghost visit his son’s home and granddaughters. The home was situated on land owned by BDK, while the crops had been destroyed by a Coalition airstrike some time in the past, leaving the Ghost’s son with nothing to give BDK as his tithe for protection. Soon after the Ghost leaves, BDK arrives with Taliban protection and instructs the Ghost’s son to pay up his money. When the son states that the entire opium crop was destroyed, BDK takes the Ghost’s granddaughters and drive away. Sander’s fireteam observe the whole seen and are desperate to prevent BDK from taking the children, but Mitchell repeatedly instructs them to hold their fire as they do not fully understand local politics. While everyone in the Canadian intelligence group knows their Afghani allies are crooked, there is no alternative in the province and they need all the help they can get. Meanwhile, Bowman reveals to Sanders that she is pregnant with his son, having conceived while both were on leave. Sanders rejoices in this, despite it being a serious problem regarding military rules prohibiting fraternization between officers and NCOs. The Canadians follow the Ghost, who has declared a personal war on BDK in revenge for the kidnapping of the girls. With assistance from his tribe, the Ghost abducts BDK’s son Karim and beheads him when he is unable to reveal the location of the girls. Following this, the Ghost arranges a meeting with BDK in an isolated house, at the same time when BDK is supposed to be with the Canadians as they commemorate the opening of Hyena road. BDK agrees to exchange the girls for Karim. However, when BDK arrives with his bodyguards in a convoy, he demands to know the location of his son. The Ghost response by opening a sac he has brought and holding up Karim’s severed head, at which point BDK pulls out his pistol and threatens to kill the Ghost. Sanders and his squad, who have been watching the whole action, fires on BDK as they have positive intent of violence. They do not, however, know that the Ghost desired to die having nothing else to live for, and only wanted to avenge his grandchildren who he assumed were lost forever.A firefight ensues after BDK is shot in the head by the Canadians, and the Canadians soon drive off BDK’s bodyguards and begin moving out. As they move down to the house, dozens of Taliban insurgents arrive and they are trapped with the Ghost around the house. Although they fight off the insurgents, there is no support available and the Canadians are pinned down. After Travis, one of the members of Sanders’ squad, is shot in the head by a sniper, the squad decides to relocate into the house under heavy enemy fire. As they move, they run into IEDs and the squad is incapacitated, with only Sander being able-bodied, along with the Ghost. Recognizing that there is no escape, Sanders calls in for artillery ordering to fire on his exact location to eliminate the insurgents, instructing them to fire for effect. After apologizing for the last time to Bowman, who heavily weeping tries to countermand the order, Sanders pulls off his helmet and tells the Ghost that he was going to be a father, something the Ghost appears to understand despite him not speaking English. Moments later, the artillery rounds hit the house obliterating Sanders, the Ghost, his squad, and many of the Taliban insurgents around them. The movie ends as Canadian troops rescue numerous Afghani children including the Ghost’s granddaughters from one of BDK’s safehouses, having acted on the Cleaner’s information and other assets. Mitchell talks about how things will eventually get better, in the long term.

Tagline: One bullet can change everything 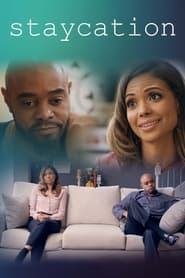 A married couple, on the brink of divorce, must spend a weekend alone to decide the rest of their lives. 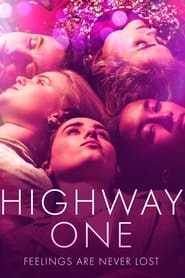 In Cambria, California, Anna is hosting a New Year’s Eve party. Nina, a long-gone high school friend, makes an appearance at the party after returning to Cambria from New York…. 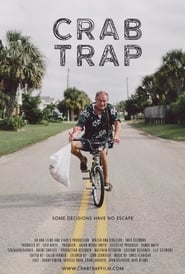 Crawling back from the edge of society, Thirsty tries to prove he’s a “changed man” to his sister in order to gain access to his daughter once again.

Something in his past keeps career Army man John Paul Vann from advancing past colonel. He views being sent to Vietnam as part of the US military advisory force a…

A domineering matriarch is less than happy when her son brings home his new bride. She immediately sets to work at sabotaging their marriage as well as the engagement of… 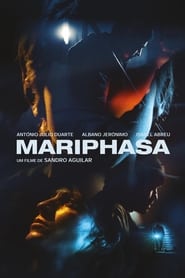 Paulo works as night security in a deactivated industrial complex. He lost his daughter in dramatic circumstances, and no regrets would console him. He sleeps at Luisa’s house and witnesses…

A Chorus of Disapproval

A man new to a smallish British town joins an amateur theatre company. Once there, he discovers that the drama on stage is quite often nothing compared to what’s happening…

Peppino is an aging taxidermist constantly ridiculed for being short and somewhat creepy. He meets Valerio, a handsome young man fascinated by Peppino’s work. Peppino, in turn, becomes entranced by… 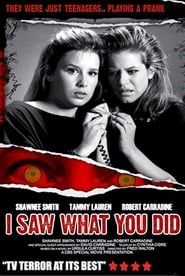 I Saw What You Did

Two teens, Lisa and Kim, are playing games making prank calls on the phone. But when they call Adrian Lancer who has some mental problems, and say “I saw what…

A lonesome boy and a lonesome girl meet accidentally on their Saturday-off at Coney Island. It is love at fight sight but over the bewilderment of their sudden romance and… 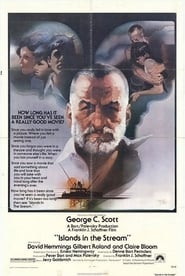 Islands in the Stream

An isolated sculptor is visited by his three sons just before the start of WWII.